I found something interesting as I was reviewing the documentation for Twitter for developers: Twitter is upping their character limit to 140. Well, it’s more of a regression, in a way, to the old days. Wasn’t it always 140, you ask? Well, yes and no.  Soon, Twitter is separating the @reference on replies and the attachments, so they don’t take up your valuable 140-character text space.

You know, when you have that perfect tweet, and then you attach a photo and then suddenly you’re OVER LIMIT? They’re changing that.

From their developer’s dashboard:

Here it is in infographic format: 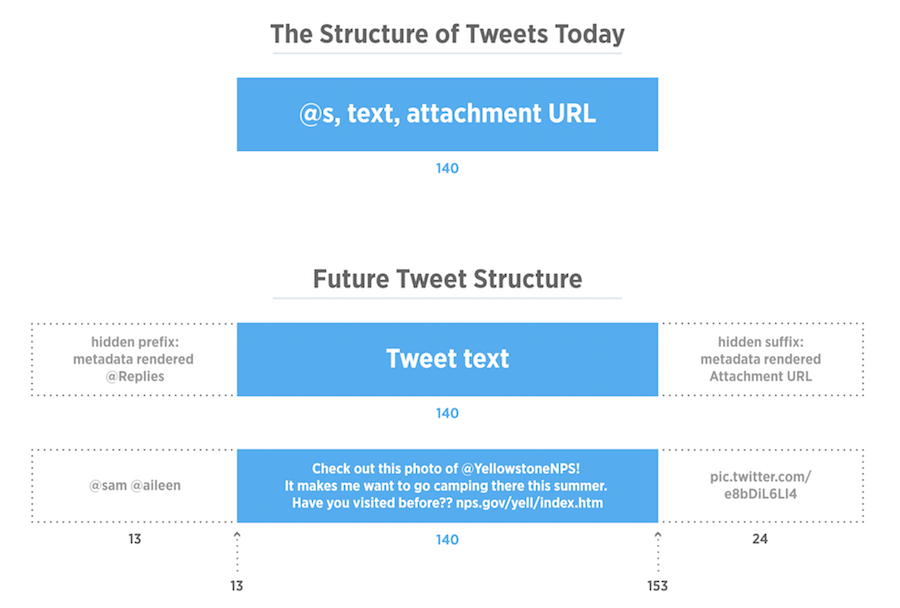 When will this happen? Twitter only says, “These changes are shipping in the coming months.” There is no date of publication on the page.

This is a huge change for Twitter developers, using the Twitter API. For more detailed information, visit this page.